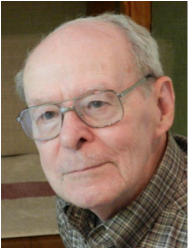 The Gibsonville UMC history committee was organized in 2007 and Ted Bales was a faithful and integral part of that committee. Ted researched the history of the United Methodist Church in the U.S., as well as the history of Gibsonville UMC from available sources. He filled in the gaps with pictures and information from the Western North Carolina archives, reformatting pictures and cataloging data. From all this research, he wrote a synopsis of our church’s history and compiled biographies of our pastors from the Methodist Episcopal Church, the Methodist Protestant Church, the Methodist Church and the United Methodist Church. Much of his work can be seen on the church’s website under local church history. Ted had a vision for obtaining and preserving our church’s history and making it readily available to our church members, family and friends.
On October 26, 2014 at Gibsonville UMC’s annual Charge Conference, the following motion was made from the History Committee, seconded and passed unanimously: “In recognition of Ted Bales’ research, scholarship, writing, editing and establishing a historical website for the church, the History Committee would like to officially declare him GUMC Historian from 2007-2014 AND honor him by making him Historian Emeritus with Administrative Board membership.”
Thank you Ted, for an amazing job well done and for your continued work with the History Committee!
On July 21, 2015, the chairperson of the History Committee and the church pastor presented Ted with a Certificate of
Recognition and Appreciation.

The history of the Gibsonville United Methodist Church has been written and rewritten many times. What is the present today will be the past tomorrow. And so, the history of our church accumulates layer on layer, never ending.
From time to time it is appropriate to stop and record history as we see it today to update historical accounts before memory fades.      The initial  (2009) GUMC History Committee was comprised of:
The Methodist Protestant Church, the first church in Gibsonville, was established in 1887. In1907, the Methodist Episcopal Church, South was the third church to organize in town. It was the union of these two Methodist denominations in 1938 that established the Gibsonville Methodist Church. We became the Gibsonville United Methodist Church when two denominations -- Methodist and United Brethren in Christ -- merged in 1968.

But history, especially church history, is more than facts and dates. It certainly comprises these things, but there are many additional dimensions, such as the church organization and reorganization; the pastors who served; the congregations -- the people who were served; the organizations and leaders; the buildings where the people worshipped, were christened, married, and eulogized; the Sunday Schools; the physical artifacts the were left behind.

The Gibsonville United Methodist Church has had a long and rich history, some of its roots going all the way back to 1887. It has existed under many different names and in many different buildings, but always with the same purpose -- to introduce, encourage, welcome, and maintain, the people of Gibsonville in faith in Jesus Christ.

This website preserves many aspects of that history, so we can see where we've been, so we can tell where we're going, and so we can pass all this along to the future generations of the church.

We would love to have you visit soon!
For additional information, please contact us.
﻿